Allergies may cause itching that can be made worse when scratching breaks the skin and increases swelling. Instead, for mosquito bites, stings, or plant reactions, use Buzzy® and the ice directly on itching. You can still take oral antihistamines or topical hydrocortisone as directed by your doctor.

Allergy testing may be uncomfortable and cause itching. To relieve the itching from allergy testing, place Buzzy® “Between the brain and the pain”. (See “Buzzy® Placement".) For testing on the arm, place Buzzy® closer to the shoulder as close as possible to the scratch patch. For testing on the entire back, place Buzzy® between the shoulder blades. The nerves come in horizontally to the spine, then up the spine, so the top of the spine as close as possible to the “scratch patch” is the right place.

Cold (down to -20F) has been researched and found NOT to alter the histamine reaction allergy tests look for. In addition, Buzzy® was found to be the most effective intervention to relieve the discomfort of testing. 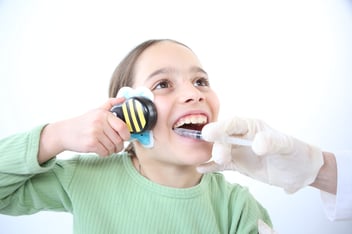 Facial injections may be used for a variety of medical and cosmetic treatments. Botox® is an...